Manabe has obviously been good for Yuki, forcing him out of his shell and generally getting him to lighten up.  But Kakeru knows he has his own faults, and Yuki’s helping him in his own way. 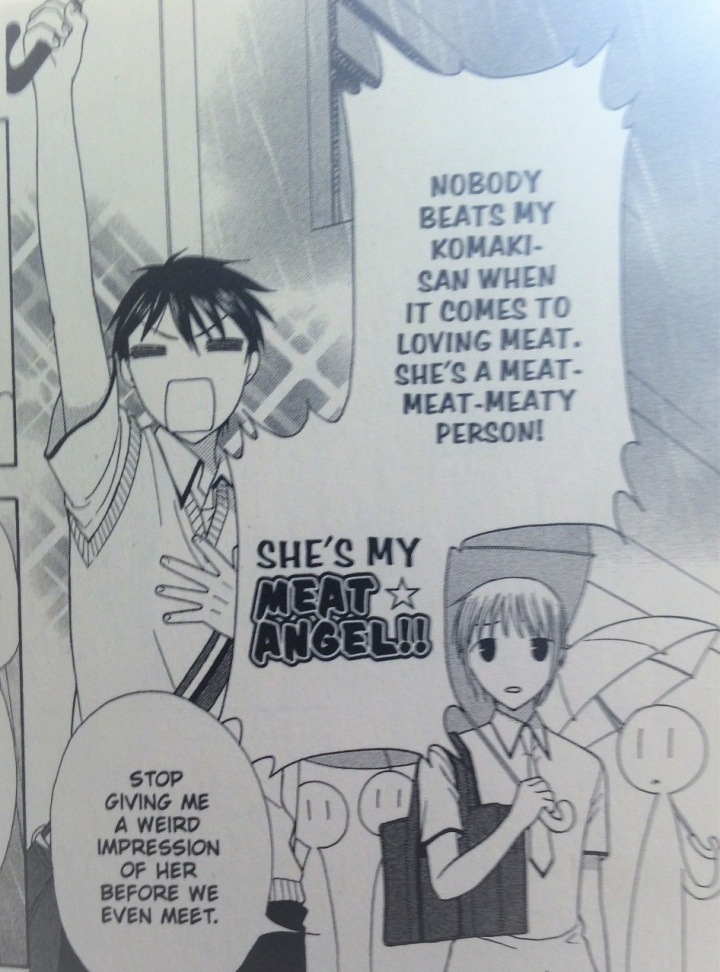 And now he’s going to meat- er, meet his girlfriend Komaki (I will not apologize for that pun). But since Komaki shares that sad connection with Tohru, Yuki naturally brings it up with Manabe.

Manabe: How was Honda-san after that?

Yuki: …Honda-san was her usual self too. She was smiling.

Manabe: […] I understand. Now I know she wasn’t trying to act like the weight of the world was on her shoulders, or smiling like an idiot for no reason. […] But I didn’t really understand that until just recently.

(remembering) Where does she get off, acting all “Woe is me”!? You lost your dad, Komaki. It’s hard on you too! It’s like she thinks her grief’s more important than yours! Like your loss isn’t worth as much.

I’m tempted to jump to Tohru’s defense and say she had it so much worse, but that’s really beside the point.  Tohru can’t help but feel more sadness for her own loss than somebody else’s; nobody can.

Manabe: Until then, I’d just assumed the girl I loved would see things the same way I did. But in reality, I hurt Komaki in a way I’d never even imagined. I had no idea why she was crying then. I was shocked and…

Manabe: I see…so that’s what being alone feels like. (internally) I wanted to see things from her perspective. I wanted to understand, even if only a little. After all, if I couldn’t, what would be the point of being with her?

Yuki: But now you understand each other better?

Manabe: Huh? Well, I’m totally off base sometimes, but it’s better than before, I guess? Yeah. It requires daily diligence. But I have a good teacher.

Komaki clearly has a lot more empathy than Manabe, and I definitely understand her feelings better than his, but I still appreciate the effort he has to put in to understand someone else. 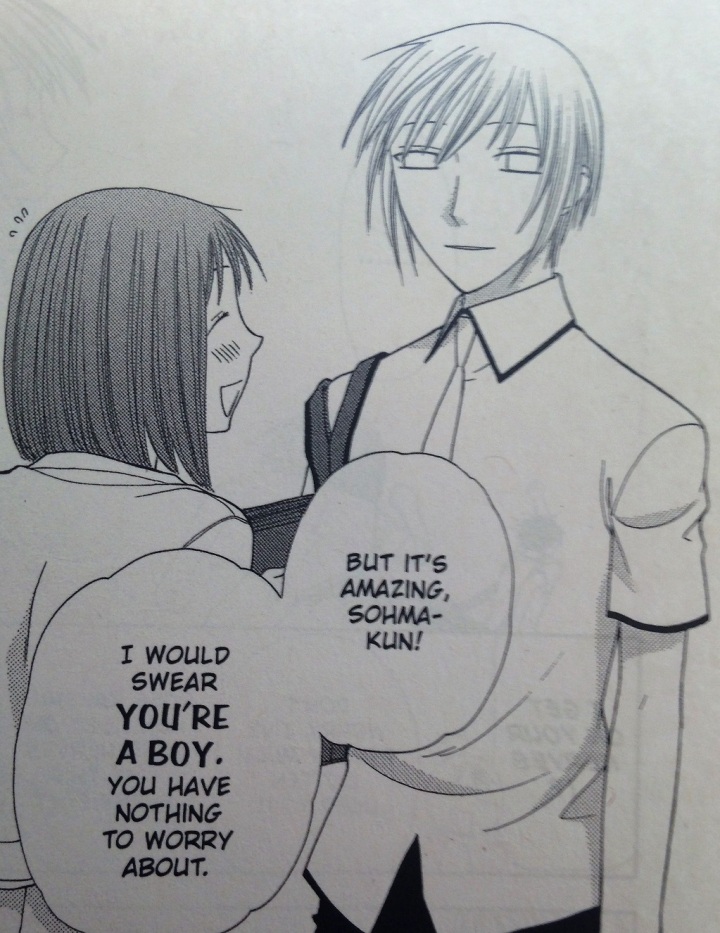 Komaki: If there’s anything I can do, name it! We girls have to stick together!

Because of course he plays dumb jokes like that on his girlfriend.  But she doesn’t seem to mind it much.

Komaki: Kakeru-kun is very kind. He always wants to understand my point of view. And he always tries to protect me. We have our fights, but they’re important too.

Yuki: Then I guess you’re grateful to have him, huh?

Learning how to fight and make up appropriately is key to any long-lasting relationship, and in this case it might even be a focal point.

Maybe I’m closer now than I was before. I did stomp on a few things though.

He actually apologized to Tohru when he ran into her last chapter, which is definitely a start.

Tohru: Yuki-kun seems to be having a lot of fun lately…he smiles a lot more now than he used to. And I’m sure it’s because he met you, Manabe-san.

For some reason, that made me want to cry. Because I knew that expression so well. That smile wasn’t for herself. It was for someone else. It was so the other person wouldn’t be sad.

He’s slowly learning from Yuki – even if he’s not the most emotionally mature person in the world, they know how to communicate with each other, and that counts for a lot. 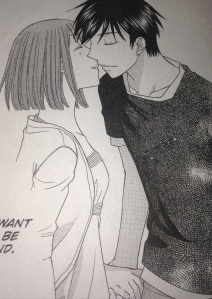 To learn something, you have to hurt something. If that’s the way it’s gotta be for a while yet, then at least I want to be kind. I want to make amends. I want to repay them for all the times they’ve smiled at me.