Tohru finally faces her true feelings for both Kyo and Kyoko. 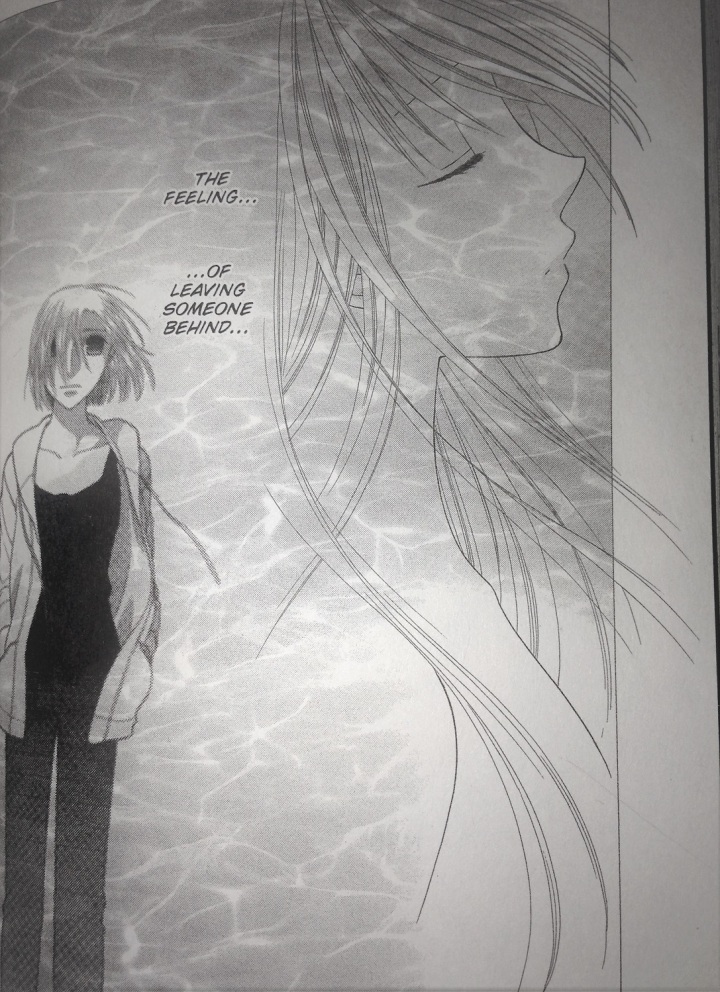 And Kagura is hiding from Tohru’s feelings, too!

Kagura: I just don’t know how to face her. I don’t understand it completely myself, but I know that I’ll make a weird face! I just know it’ll feel like, “Oh no! I lost!” Facing that part of me is one thing I wanna avoid at all costs! If she would just hurry up and get with Kyo-kun, I could at least be resigned to it!

Yeah, they really should just get together already.  But somehow this is actually news to Kazuma, and what’s more, he’s a little concerned about it.

Kazuma: I’m just worried. It’s my age showing. Does she truly love Kyo as a “human being”? Or could it be pity? Does she just feel sorry for him…? 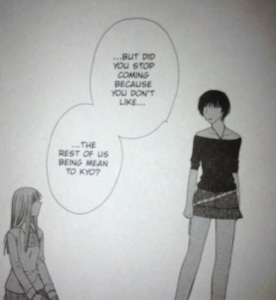 Rin: Why Kyo, of all people? He’s the Cat. His future…his role in the Zodiac…how we all see him…you already know all that, right?…Do you pity him?

Tohru: (internally) My heart was breaking on my way home that day. I was crying ugly tears because I could feel it yet again: The feeling of something fading away. Fading away into “memories”. And even if I don’t forget the loneliness and sorrow that tore me apart, the memories themselves are fading too. No matter how much I try to hold on, no matter how many times I swear it to myself, time moves on, and they begin to fade. It’s cruel. (aloud) Could this cruel, greedy feeling…be pity? (internally) It’s so sad. The truth is terribly sad, and yet it won’t stop. (aloud) I say that I want to protect all the members of the Zodiac. That I want to set them free…but that’s just a lie I’ve been telling myself…! I’ve been hiding from my true feelings. Hiding from the truth, like a coward…(internally) I loved Mom, more than anything…that “me” is becoming a memory too. 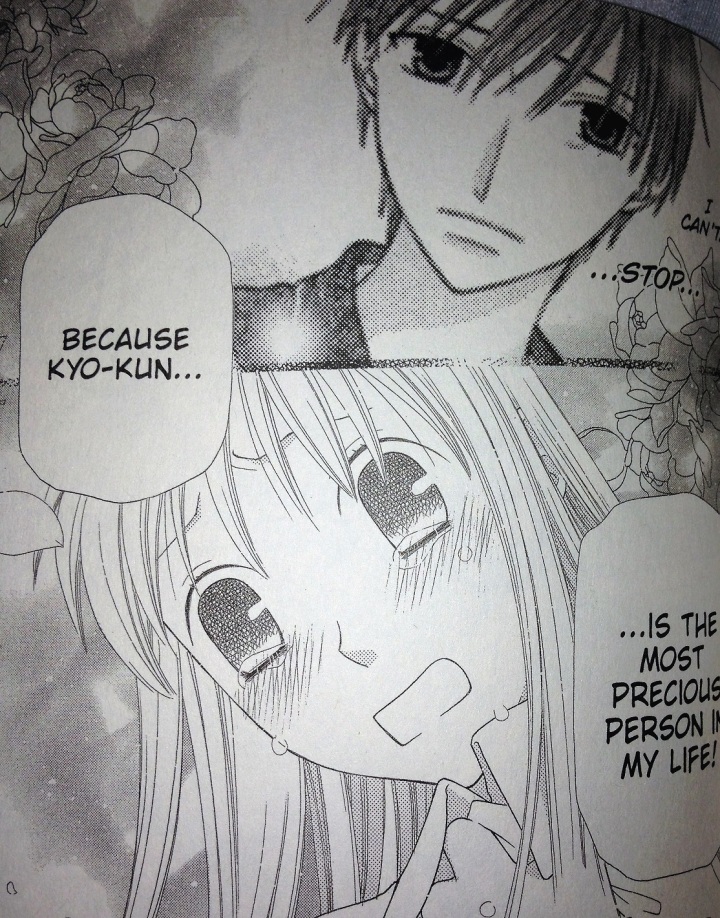 Tohru: I just…don’t want anyone or anything…not the Sohma family or the Curse…to take Kyo-kun away from me! Because Kyo-kun is the most precious person in my life!

Change is hard, but it’s not a bad thing. It’s not wrong to embrace new affections, especially when someone dear has already passed on.  Tohru has to move forward, and that means leaving her Mom in the past.

Then Kagura charges in and punches Tohru because she is still Kagura. 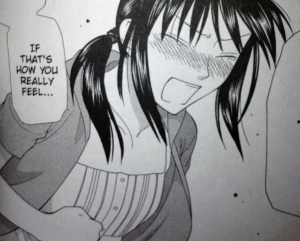 Kagura: What are you telling her for!? If that’s how you really feel, tell him!

Thank you Kagura. But Rin didn’t appreciate Tohru getting punched (nor do I), so she starts yelling at Kagura until this happens. 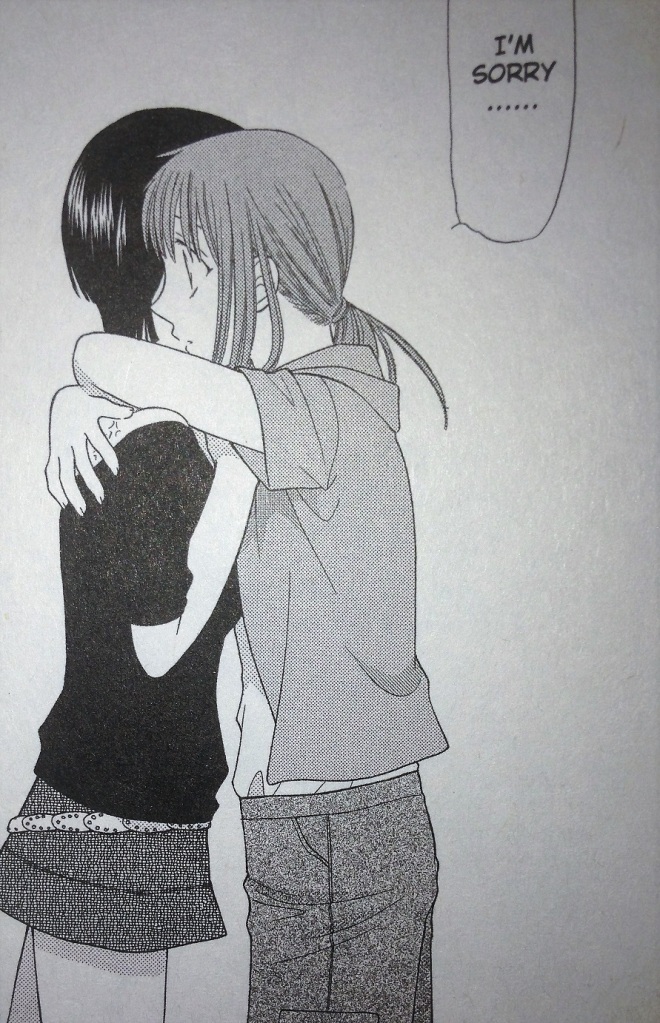 I guess it makes sense that Rin wouldn’t take physical violence lightly…and it turns out she was right to worry, as Tohru was completely knocked out.

I’m sorry for being such a coward. Even back then [when she opened up about her father], maybe some part of me was testing Kyo-kun. I laid bare the dirty part of me, and if he couldn’t accept that, I was going to put the lid back on and pretend to forget about it. Or something like that. I was just looking for an excuse to run away. It feels like I’m betraying Mom…I’m terrified.  It’s so sad. I’m ashamed. I’m dishonest, weak, and dirty…

“It’s okay. You’re not gonna scare me off or anything.” 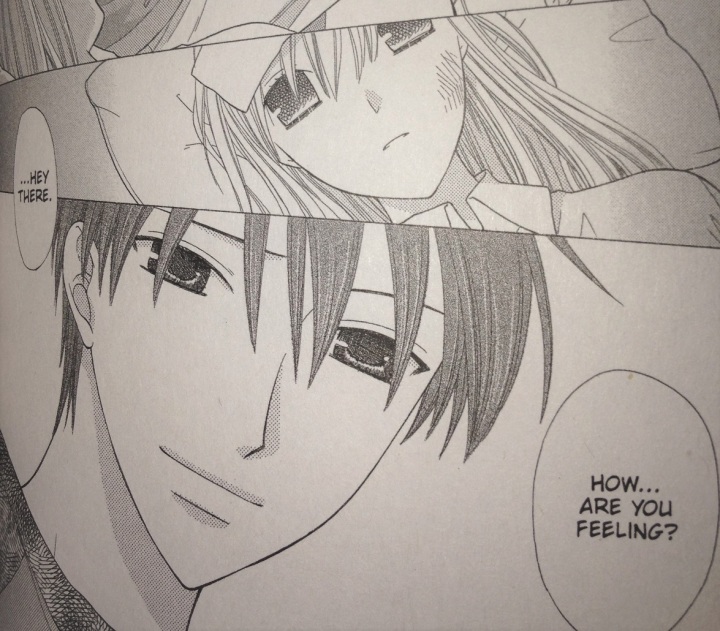 Kyo arrives to look after Tohru, but chooses not to pry about the occasion for her violent argument with Kagura (but he can definitely sympathize).

Kyo: You gonna make her apologize?

Tohru: …No. I won’t. We were both at fault in this “fight”…so by the same token, I won’t apologize either.

She’s finally found her stubborn will.  I think there’s a will like that in every person, no matter how docile they might appear.  Sometimes it just takes a while to find something you want to stand up for – and a force that threatens it.  She knows that Kagura’s right, she needs to tell Kyo…but Kagura still shouldn’t seek mutual understanding with her fists.  Most women just don’t appreciate it (most men don’t appreciate it, either).

Kagura: Men are lucky…they can easily trust others with their hopes and dreams and things. I wonder if I can do that too. After all, I know it’s not pity! Her feelings aren’t a lie! I can trust that!

So at least Kagura can trust that Tohru will pursue Kyo as passionately as she once did – or more, since her feelings are more authentic.

I can’t get the words out. I have to gather up my courage… 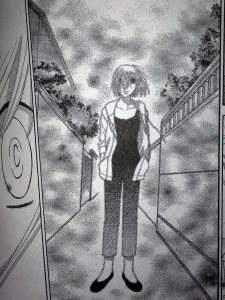 Kyo: What’s wrong? You forget something back there?

Courage…it’s time to be brave. I’m not going to put the lid back on. This feeling can’t be stopped anymore.