Because with a name like Kiki, it was inevitable. 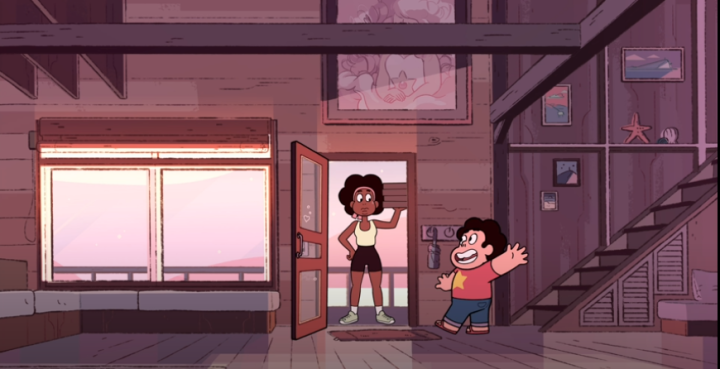 It occurred to me while I was watching this episode that the Crystal Gems really haven’t been doing much in the past few episodes – aside from a bit part in the last one, I don’t think the other Gems have even shown up for four episodes.  That’s not a bad thing – like I said last time, there was hardly any material with the townsfolk last season, so it’s nice to just chill with them for a bit.  Their absence is somewhat conspicuous for two big reasons, though: One, they haven’t indicated what other tasks they might be accomplishing (without Steven), and two, Steven’s actually been navigating some new powers, which he would normally (or at least previously) want to consult the Gems about, especially considering it involves GETTING INTO OTHER PEOPLE’S HEADS.

Anyhow, the story begins with Kiki taking over pizza delivery duties from Jenny, allegedly because the car is out of commission (although considering what we see later, I wouldn’t be surprised if one of them was lying/exaggerating about the car being broken).

Kiki: I‘ve gotta deliver all these orders by foot while Jenny takes the car to the shop. Oh? Looks fancy. You having someone cute over, Steven?

Steven: You mean besides me? I’m taking some me-time. You want in?

Kiki: Thanks Steven, but I’ve still got to run around town and deliver all these pizzas. There’s a lot of other people having me-time tonight. But it’s alright, I love running. Anyways, gotta get back to it.

Running is one thing – running with STACKS OF PIZZA is a much more stressful activity.

That night, having fallen asleep eating pizza, Steven has a pizza dream in which he rescues Kiki from a sea of cheese.  It all seems fairly par for the course as far as dreams go, at least until the end. 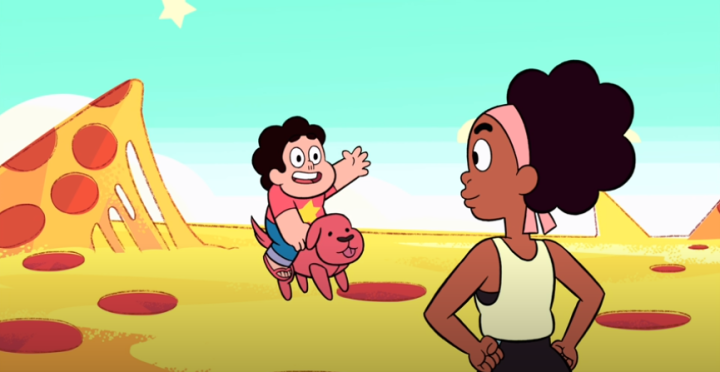 Kiki: Steven, that was so brave!

Steven being Steven, he runs off to tell Kiki about the weird dream he had about her, and subsequently witnesses Jenny coaxing Kiki into taking another delivery shift so she can attend a concert.

Kiki: I’m your only twin.

I suppose that is one thing that last episode did pretty well – we haven’t seen much of Kiki and Jenny interacting, and that showed they do have a strong sisterly rapport, even if Jenny does tend to complain about her sister to her friends.

Steven: That was really nice of you.

Then once he actually tells her about the dream, they realize that they had the same dream.

Steven: Dream Kiki was you?

Kiki: Dream Steven was you?

Steven: I’m-I’m so sorry! I didn’t mean to go into your mind-

Kiki: No, this is great!

Kiki: Steven, I always have that dream and I always drown! I haven’t gotten a good night’s sleep in weeks! You’re my total hero, Steven. Can you do it again?

Kiki: Thank goodness! Because I seriously have that dream every single night. Oh, I gotta go. Seriously, Steven, thank you so much! See you later!

Steven: In your dreams!

At first, Steven seems to just be happy to find a way to help someone with his newfound power (especially considering the fiasco with Lars).  Kiki, on the other hand, is obviously grateful to have found a person who could sense her need without her ever voicing it.  But that can only go on for so long, as Jenny just keeps piling on work (and stress) for poor Kiki.

Which in turn means work and stress for poor Steven.

Steven: Kiki, you gotta quit your job! […] I think you have a serious problem with pizza.

Kiki: I don’t have a problem with pizza…

Kiki: No, it’s okay, I get it. I’ve been asking too much of you. I just wish these dreams would stop.

Steven: Maybe we’ve been going about this all wrong.

Kiki: What do you mean?

Steven: Hm, we’ve just been looking at the toppings of the problem. We’ve gotta track this back to the sauce. But after this, I can’t help you anymore, okay? I’m just too tired.

Steven: Alright. Tonight, we end these nightmares once and for all!

Even after all this time, Kiki still feels powerless to change anything (as indicated by Steven being the only one who gets cool powers in the dream world).

Kiki: They sound like they’re in pain. We gotta find them! 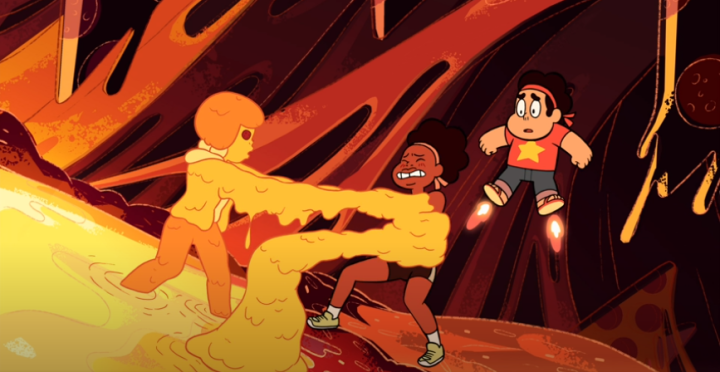 Dream Jenny: Thanks for delivering all those pizzas for me…

Kiki: Oh, it’s okay. I totally don’t mind. That’s what twins are for.

Steven: You totally do mind!

Steven: Yes it does! Your feelings matter, just tell her no!

Steven: When I said I couldn’t help you after this, you understood!

Kiki: But this is different! She’s my sister.

Steven: That’s right, and she cares about you, too. Do you think she’d want to put you through this?

It’ll hurt both of them a lot more in the long run if Jenny gets to be overly reliant on Kiki’s “niceness” and Kiki in turn bottles up her feelings until she can’t contain them anymore.  Sometimes those feelings will come out as an emotional explosion, but as often as not it just wears you down with stress and quiet resentment.

Dream Jenny: Hey, Kiki, I wanna ask you something. There’s gonna be a really cool cheese rave in the pizza cave tonight I have to be there. Would you cover for me again? 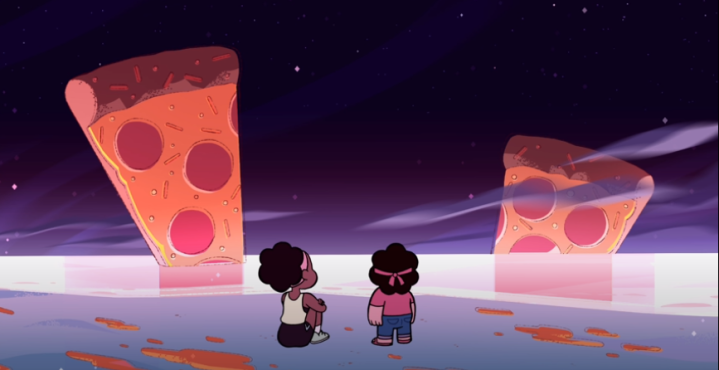 I appreciate how this episode uses dreams to explore the inner life of a character who has difficulty expressing her own feelings. 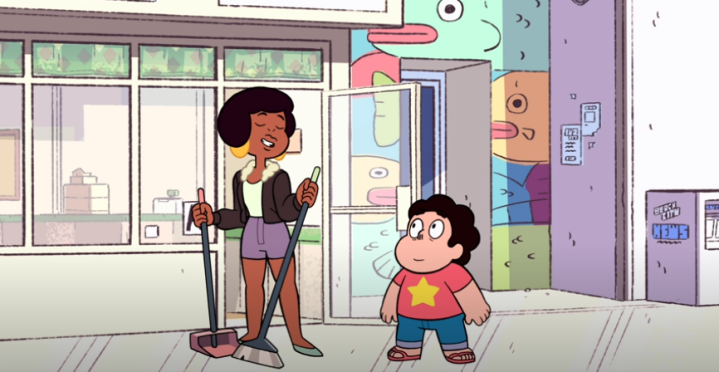 Then Steven goes to check up on Kiki the next day.

Steven: Is Kiki around? I wanted to see if she’s doing okay. I just spent all night helping her fight her inner cheese demons.

Jenny: I don’t know what that means, but Kiki is fine. She’s taking the day off. This morning we had a twin talk. She said I was using up all her me-time, and I was like, if you’re just going to spend your me-time running anyway, you might as well carry some pizzas for me. But I can’t say no to my favorite twin.

Another crisis averted with the help of Steven Universe!