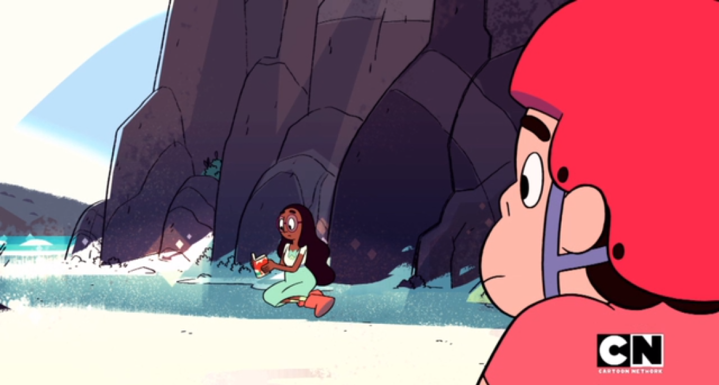 Steven: She’s just a girl I know. Except she doesn’t know me. We’ve never talked.

Pearl and Amethyst are ready to go full-on Embarrassing Parent Mode, but Garnet steps in before things can get out of hand.

Garnet: Just talk to her.

Steven: Okay. But you guys can’t watch this time! It’ll mess up my funky flow. 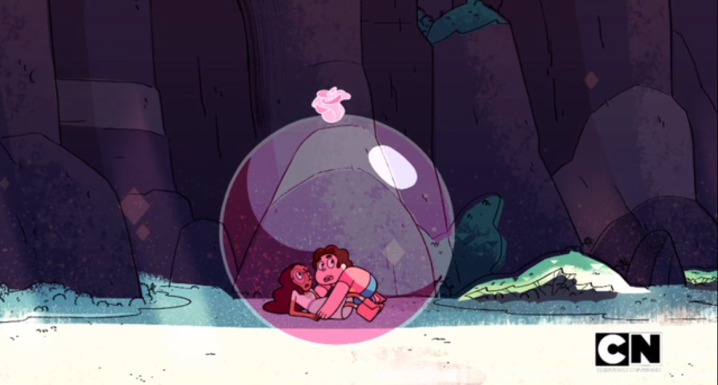 But of course something has to go wrong: Falling rocks from an earthquake trigger his powers, hence a protective bubble pops up around them before he can say a word.

Steven: Hi! My name is Steven.

Steven: I’m magic. Well, half-magic, on my mom’s side.

Connie: You did this?

But as usual, Steven doesn’t really know how to undo his magic, and they can’t manage to get the attention of the Crystal Gems (or at least not without waiting for an awkward amount of time), so he decides to shop around town and see if they can find something to pop the bubble. 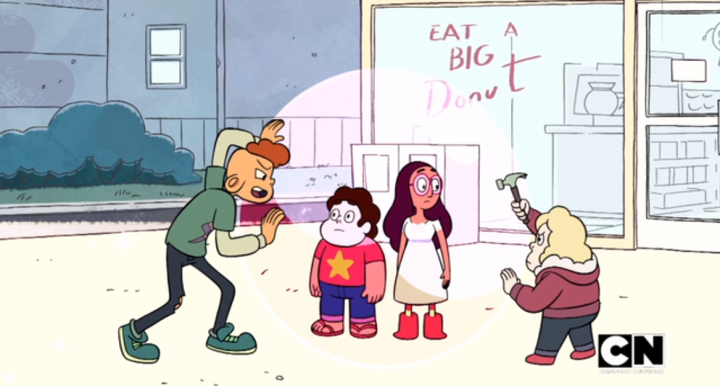 Lars: Way to go, Steven! Is this your magical love bubble or something? Did you make it because you’re in love?

Connie is more or less an ordinary human being (if slightly nerdy/bookish), and adds a refreshing dose of common sense to Steven’s magical hijinks. 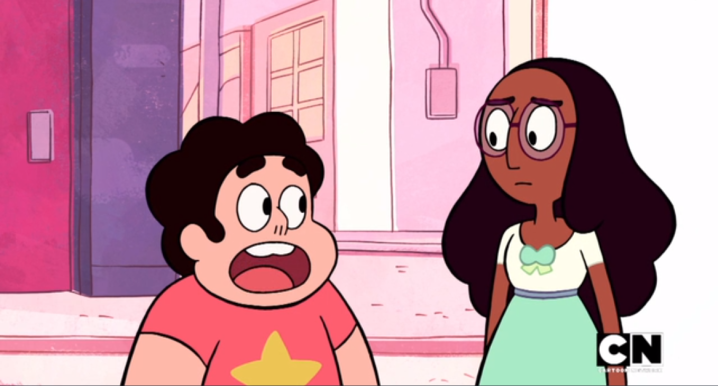 Steven: You know a lot about boats.

Connie: That’s what happens when you hang out at the beach and don’t swim and don’t have friends…you look at boats.

I can actually totally relate to Connie – although I only moved twice as a minor, I still ended up switching schools and churches quite a bit growing up, and I too retreated into books for a time when I’d given up on making friends.

Then Steven starts to get desperate in his attempts to break the bubble.

Steven: Alright. We just roll down this ramp as the carts are coming at us, and the crash will break us free!

Connie: What happens after the bubble pops?

Connie: Steven, this is a bad idea.

And that’s kinda what he needs Connie for: Someone to tell him when his bad ideas are bad (usually because they’re life-imperiling, as the Gems tend to be poor judges of what a human body can stand).  Unfortunately, he doesn’t listen, and they get catapulted into the ocean. 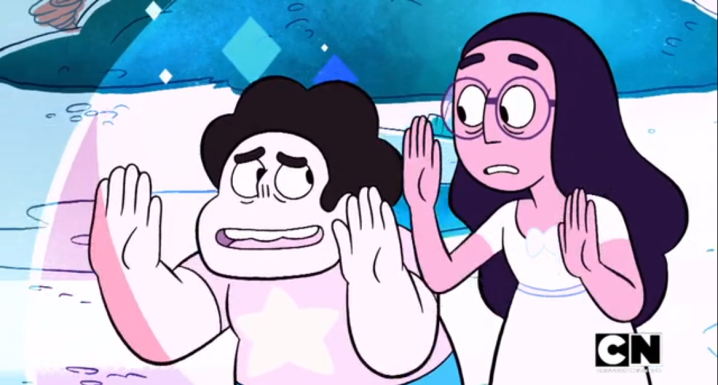 This whole episode Steven has been trying and failing to look cool and confident, but we all know he’s as clueless as Connie about his newfound magic power.

Connie: It’s not okay! You keep saying that, but you don’t know what you’re doing! Now we’re going to suffocate or starve at the bottom of the ocean and only my parents will notice because no one else cares about me! I’m gonna disappear without ever making a single friend. Steven: We could be friends.

Steven is just too precious for words.

Connie is also a great foil to Steven  – he tends to hide his own feelings in favor of helping others (often to avoid making them uncomfortable), but Connie doesn’t hesitate to tell things as she sees them, which can help Steven say what he really means.

It turns out they first saw each other at a parade, where Steven was on a float for his dad’s car wash and Connie left behind a glowstick bracelet.

Steven: I’m sorry, Connie. If I had returned your bracelet back then, you wouldn’t be stuck in this bubble with me now.

With that, the bubble finally bursts.  And then a worm-monster starts chasing them (because of course there’s a monster), but Steven outwits it and defeats it all by himself (the first monster he’s defeated alone…that he didn’t create himself). 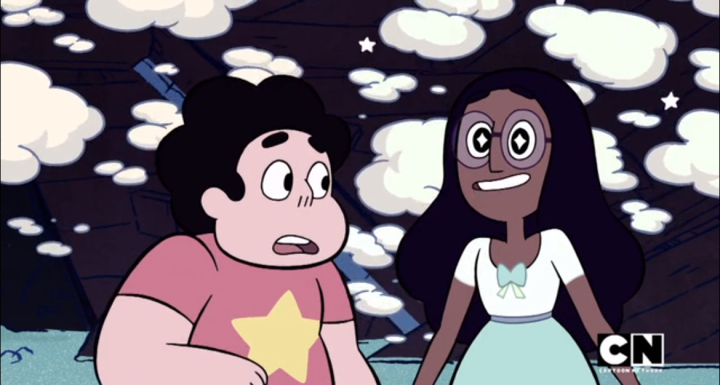 Pearl: Steven, what’s going on? What did you do?

Connie: He was incredible!

And then the Embarrassing Magical Guardians arrive on the scene.

Amethyst: So…are you going to introduce us?

Pearl: Steven was so excited to meet you, right Steven?

I love these two so much.