I’ve been meaning to do this ever since I finished my Fruits Basket series, but between my new job and the death by coffee of my laptop, it was all I could do to keep up with LOTR.  But I finally got the impetus to do this, because THEY’RE FINALLY REMAKING FRUITS BASKET!

I’ll just give my thoughts on the reboot here (since the list itself will be extremely spoilery): I am psyched.  Takaya-sensei herself is an executive producer, so I’m assuming it’ll be true to the characters and themes of the manga.  It’s a completely new crew at a different studio (which has a history of long, good-looking productions), including a relatively new director and a scriptwriter with a history of quality manga adaption.  But now I’ll have to shell out for a Funimation subscription…

As for the actual list, I’m going to stick with canon couples as they stand at the end of the series, just for simplicity’s sake.  As always, these are my personal feelings (although in this series, my feelings about the couples are often influenced by the relative healthiness of the relationship), so there you go.

Shigure does not deserve her.  And I honestly doubt whether this could possibly last a lifetime – I see this more as a temporary arrangement until Akito can get the confidence to find someone new (who hasn’t slept with her mom).  The only way I could see this working out long-term is if Hana-chan watches out for Aa-chan and keeps Shigure in line.

I don’t really know what to make of these two.  I almost believe it’s just a joke…but not quite enough.  I simply can’t see these two as a romantic pair.  Power couple, sure – I’ve always imagined they would go on to do tremendous good for the Sohma family together!  I just can’t see them in love with each other (it sure don’t help that he’s LITERALLY OLD ENOUGH TO BE HER FATHER).

I didn’t intend to place these two so low, but there are just way too many cute couples in Furuba!  Consider this the beginning of the couples I am totally on board with (as opposed to some degree of why?).  I relate to both Yuki and Machi a lot, but I just don’t have terribly strong feelings about this couple, perhaps because it’s the sort of couple I’ve seen before in lesser works (even if it is executed beautifully here).  The main issue is just that Yuki’s relationship with Tohru receives so much more focus – Machi doesn’t even show up until halfway through the story.  But I wish them the best. 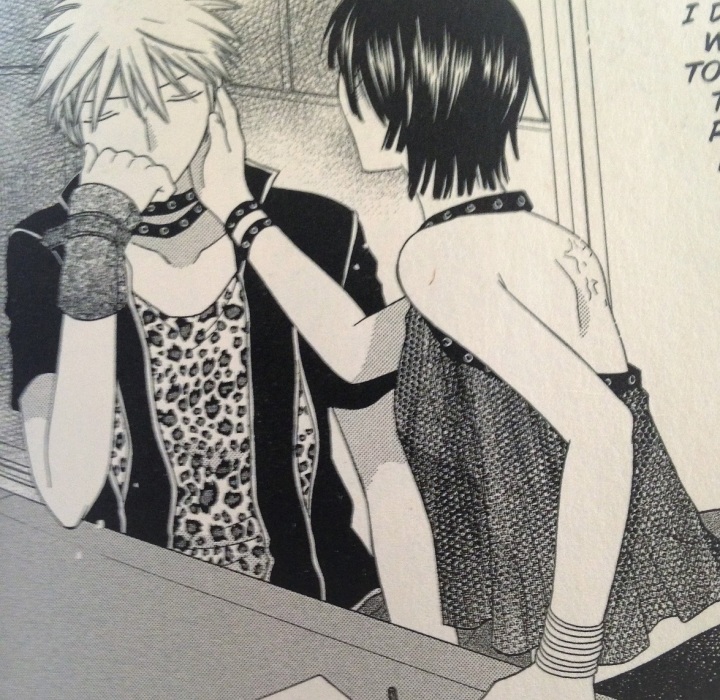 This is a couple that I earnestly wish happiness (because they get so little of it during the story).  They had their share of issues from the beginning (lack of communication, Rin’s total lack of self-worth), but that’s the sort of stuff a lot of teenage couples go through without quite as much trauma.  One thing I have to give them is that they’re one of the couples with the most growth in the series.  Also I cannot picture either of them without the other.

These two get points for being a fairly normal adult couple despite the abnormal circumstances that threw them together (he had to wipe the memories of his ex, she had Shigure for an ex).  It’s great that Hatori managed to get a second chance at love, but honestly I’m more here for Mayu-chan.  She’s the only woman in the series that I can kinda identify with her romantic struggles.  Also, this is the bookish couple, and I must respect that.

Maybe it’s just because I’m left wanting more, but these two are a perfect couple!  Or at least they have perfect chemistry.  And you only get to see them together in ONE chapter.  This has actually been the main idea that’s made me want to do a “Things I want to see in a new anime” post, but I’ve never actually done it because 95% percent of the stuff I want to see is just adapting the rest of the manga.  But I’ll say it here: Just give me a couple more little gags with these two.  That’s all I ask.

This is another couple that I just love and wish every happiness.  Kureno needs someone blunt and forceful like Arisa, and Arisa needs someone kindhearted like Tohru in her life, so it all works out!  Even though they haven’t had much of a chance to get acquainted yet, I can see these two standing the test of time.

These two are a fantastic example of a healthy couple.  They communicate their feelings, but they’re also realistic – Ayame doesn’t want to get Mine mixed up with the rest of the Sohmas, so he refrains from starting a relationship (at least officially).  It’s telling that this is the only couple in the entire series that never faces a catastrophe.  Also they both have a passion for fashion, so I’m sure that’ll serve them well in the future. 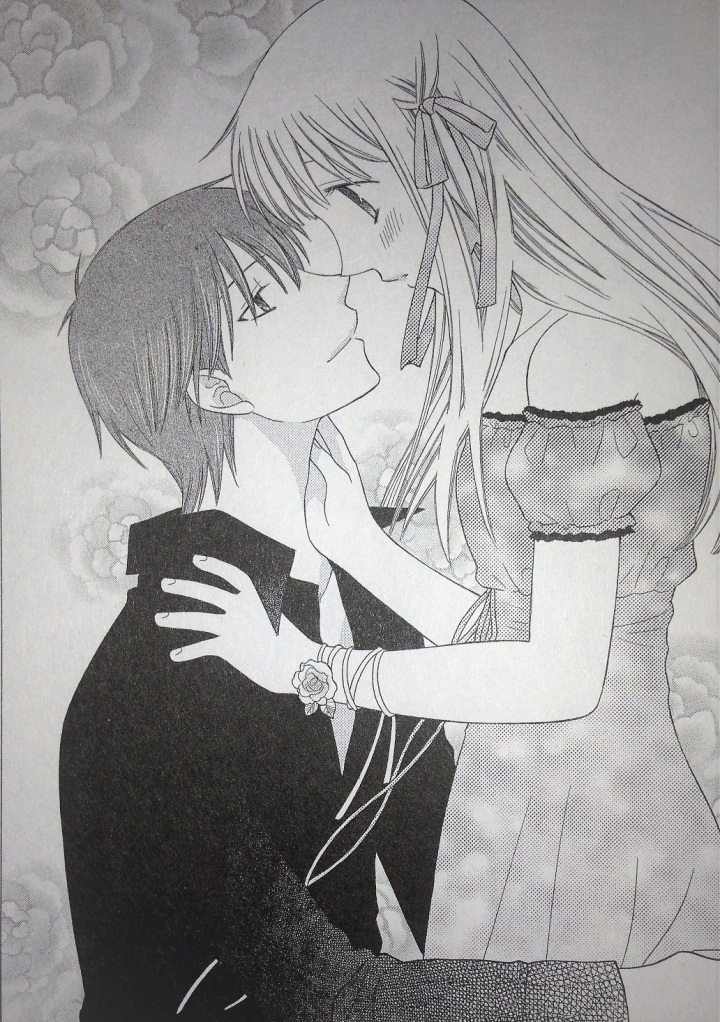 How can you not love these two dorks?  They are adorable and they deserve each other and they deserve happiness.  Even if they are clueless about love until it smacks them in the face.  Unfortunately, there is one other couple cuter than they…

These two just make me smile every time they show up.  After the whole fiasco with Akito at the beginning, they actually get really good at communicating and it makes me happy.  Everything about them makes me happy.  That is all.

…no seriously, that’s all I’ve got.