Once upon a time, there was a maiden. The maiden wore tattered clothes and was called Cinderella, but with the help of some magic, she became a beautiful princess and got to dance with the prince. Then at the stroke of midnight the maiden ran away, leaving a glass slipper, and she returned to being Cinderella once again. The prince went to great lengths to find this maiden, which he did, and took her as his wife. Yet a thorny question arises: Did the prince really fall in love with the maiden?

If last episode was a brilliantly executed stab to my heart, then this one is a less skillful dose of happy feelings (rather fitting for a Cinderella tale).

We begin directly after last week’s finale, when Kraehe flees from Fakir.  He confronts Tutu, asking her how she intends to guard Mytho…and just happens to cut the chain of her pendant with a shard of glass.  Mytho actually does something helpful and keeps Fakir at bay while Tutu escapes (he’s actually getting better at that sort of thing!).

Mytho:  I want to get my heart back, no matter what fate might then await me.

Thus we begin the show’s exploration of “fate” in earnest, as Fakir’s role (and fate) is revealed.

Duck loses her pendant, and Fakir picks it up, knowing that it belongs to Tutu but not knowing its actual significance.  The majority of the episode is Duck trying to reclaim the pendant from Fakir as a duck, and it is adorable.

As Duck is following Fakir around, he visits Karon, his adoptive father (evidently his parents died when he was young).  Of course he has a heart shard, but it’s honestly really interesting getting to know him a bit.

Fakir: Mytho has been regaining his heart, and Princess Tutu has already appeared. The crows are returning as well. The legend you told me about as a child is swiftly becoming reality. If so, this means that I am the Knight from the story reborn.

Turns out that weird mark on Fakir’s torso is a birthmark which Karon once said marked him as the Knight from The Prince and the Raven, and Fakir took that role very seriously when a certain white-haired prince showed up…

Fakir: Mytho had no emotions, but whenever he saw something weak suffering, no matter the danger, he would rush to try and protect it.

But Mytho’s lack of a heart had some very unhealthy repercussions – namely that he often hurt himself in his attempts to protect the weak, even animals.  This came to a head when Mytho rushed through a burning building and fell out a window to save a caged bird (evidently hurting himself quite badly).

Young Fakir: Stupid. You don’t think, do you? You do useless things like that! Forget helping other people. You just listen to what I tell you. From now on, I’ll be protecting you.

It’s a little heartrending seeing how Fakir changed from an enthusiastic wide-eyed kid to the abusive jerk we know and love.  It certainly explains why he turned out that way, but at the same time, it doesn’t excuse his actions.

So Fakir asks Karon for the Lohengrin sword which is supposed to belong to the Knight.

Karon: This fool’s errand that you’re attempting now is not for Mytho’s sake, it’s for your own sake, isn’t it Fakir? The time to fight is drawing closer. Are you sure you’re not afraid of sharing in the same wretched fate as the Knight from the story?

Fakir: Yes, I may be afraid of risking my life just as you’ve accused me, but I want to protect him. The pure-hearted Mytho who’s always risked himself.

I suppose this is as good a place as any to mention that Lohengrin is the Swan Knight from a Wagner opera of the same name.

And what is the Knight’s fate? 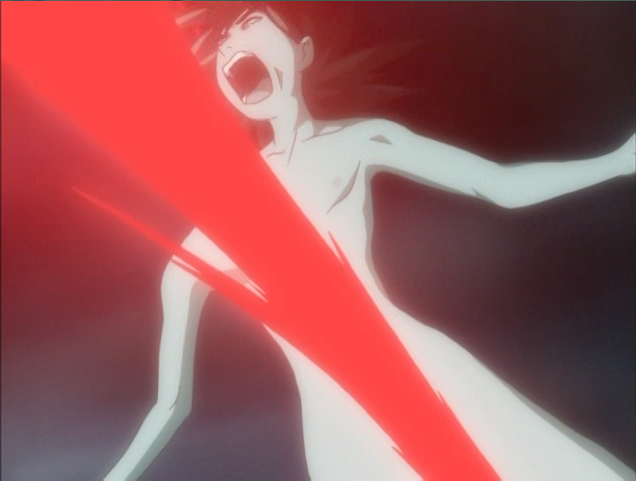 Torn in two by the Raven.  You see why he was mad at Tutu earlier.

Fakir: No way will I succumb to such a miserable fate – I’ll change it!

After his argument with Karon, Duck finds Fakir crying.

Duck: I don’t know anymore. What’s right? What’s wrong? The only thing I can tell is Fakir isn’t lying. I didn’t see it, but this whole time, Fakir’s been the same as me – no, he might care about Mytho even more than I do.

Fakir is actually very emotional, he just tries to hide it (which probably contributes to his anger issues).  He’s scared and stressed out and just lonely. They hug, Fakir gives Duck her pendant (again, he doesn’t know its significance and thinks she’s just an ordinary duck that likes the sparkly), and then he moves on to the wedding thing with Kraehe and Mytho while Duck heads back to Karon to get the heart shard.

Princess Tutu: You should be able to have faith in him. If Fakir journeys down the path of his heart’s conviction, I do not believe he will regret it, whatever the outcome. Why not have faith in Fakir?

And there’s the wedding…honestly, it feels like it’s just an excuse for Kraehe to act all villainous.

Mytho:  Kraehe, who are you? Why must you demand I be yours?

Princess Kraehe: Because it is fate.

Mytho:  Whose fate is that?

Princess Kraehe:  It matters not whose fate it is. Fate cannot be changed. Not by anyone.

Princess Tutu: I don’t have any wish to fight you.

And then Fakir runs into Duck when they’re on the way back to the dorms, sees the pendant, and finally figures out she’s Tutu…

So I loved the stuff with Fakir (in case you couldn’t tell), but the stuff with Kraehe and Mytho could be a tad forced.  Also, the animation in this episode is pretty sparse; it feels like half the episode is just panned stills, and while the art is as pretty as ever, it’s not particularly memorable.  The pacing has picked up considerably in the last few episodes, the roles are cast, and the stage is being set for a finale.