We end the season with an episode about Peridot bonding with Garnet, rounding out her development. 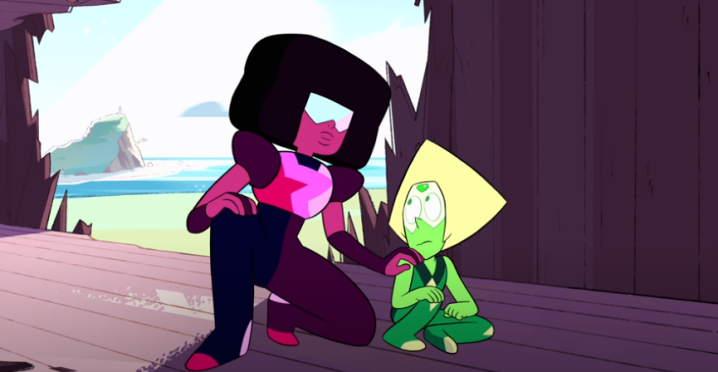 While this is a better endpoint than “The Answer” (since it at least wraps up Peridot’s character arc, and she’s kind of been the focus for the back half of the season), I still have the same basic complaint: It doesn’t move the plot forward and its episodic story is kind of at odds with the rest of the season.  Or maybe it’s just that I wish more of the season looked more like this.  It just feels like the story kept rushing from one plotline to the next with precious little breathing space, which especially stands out considering the first season was so much more chill.  Also, the plots themselves don’t get resolved at all – they started in the last season and will conclude in the next season, which makes this feel all the more superfluous.  Granted, they did manage some more world-building (including setting up the larger threat of the Diamonds), but the thing they were most successful at was character development, specifically for Garnet and Peridot.

Speaking of which, Peridot is finally cracking. 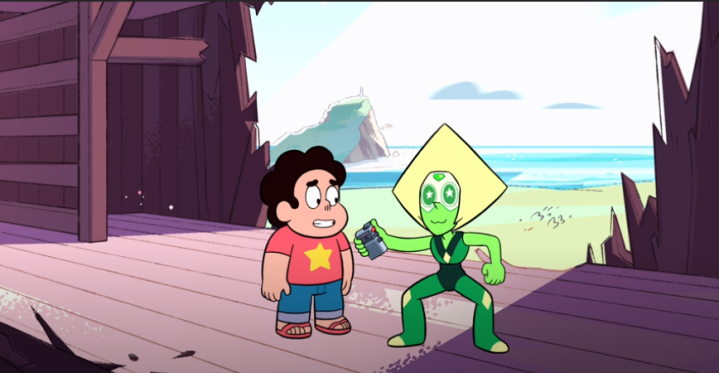 Peridot: You don’t understand! I’m protecting a planet I was once trying to destroy. I used to follow every order, every rule. Now I’m a traitor, a rebel, a CRYSTAL GEM!

Steven: Well, your tape recorder seems to be helping.

Peridot: No it’s not! It’s a chronicle of my descent into madness!

This is definitely one of the funniest episodes of the season, as Garnet is the perfect straightman to Peridot’s general hyperactivity, trying just about anything that pops into her head.

We have a framing device for the episode in the form of Peridot’s taped “logs”, ushering us from one vignette/silly skit to the next, while also highlighting her gradual shift in perspective. 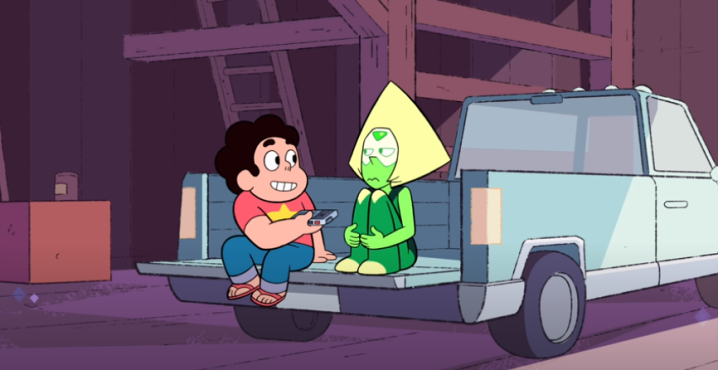 Peridot: Log date 7112. The Steven has given me this Earth machine to replace my communicator log. It looks…extremely primitive. He also said he wanted me to stop calling him “the Steven”.

Peridot: I said I’d call him whatever I want! He told me that was rude. […] I guess I’ll call him…Steven.

Considering that in her culture, your name is just your “species”, it makes sense that she would assume the same for humans (or hybrid abominations, as it were).  Although that does lead to my biggest question about Gem culture/language: Why do they even have gender and gendered pronouns when their species has only one? Wouldn’t it make more sense to distinguish people based on rank or something?  But of course the answer is that this is an English-language property aimed at kids, so they’re gonna use standard English.

Then Peridot is introduced to the wonderful world of shipping through a Canadian show called Camp Pining Hearts.

Peridot: How could anyone indulge in this baseless drivel? I’ll have no part of it.

Because she’s a nerd, and every nerd needs a franchise to obsess over.

Steven: Is that the same episode from three days ago?

Peridot: There’s more than one?

Steven: Mm…nah. Oh, you made a picture?

Peridot: “Picture”? This isn’t just a picture, Steven! It’s a complex chart cataloging the compatible characteristics between campers! Somehow the rejects at Camp Clod fail to recognize the superior pair that is Pierre and Percy.

Steven: You got all this from one episode?

Peridot: And that’s why Percy and Pierre are objectively the best for each other!

I love how Garnet just shows up to listen in on Peridot’s lecture on her OTP.

Peridot: Pearl really tries for some reason, and I can appreciate that. Amethyst’s company is entertaining as well. But the fused one…eludes me.

I mean, it makes sense.  Garnet was pretty impenetrable to the audience during the first season, even once you know she’s a fusion.  She’s a Gem of few words.

Then Peridot sees Pearl and Amethyst form Opal one day, leading her back to the question of why Garnet stays fused all the time. 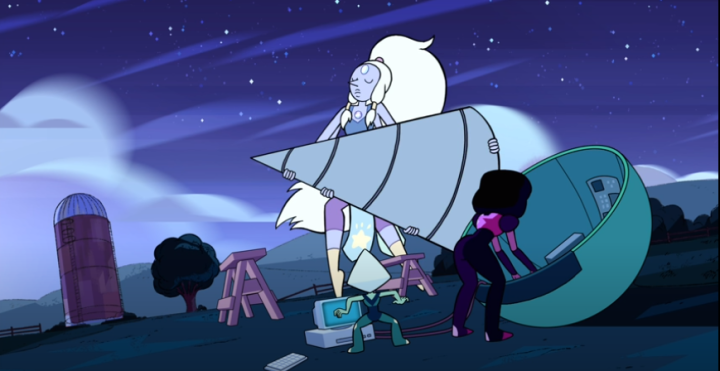 Peridot: Explain it to me, fusion. I can at least make sense of your existence if it’s for a functional purpose, but you? You’re not using your combined size and strength to do anything!

Peridot: And what’s that?

Peridot: You can do that alone.

Garnet: We’re very different. I appreciate that. […] If you really want to understand fusion, I can help you.

Peridot: How do you mean?

It’s scenes like this that hit you over the head with “fusion as sex metaphor”, but at least they do different things with it than your typical sex metaphor.  Like broaching the subject of consent.

Garnet: Because you made an effort to understand me.

Peridot: But I still don’t understand you! Why are you fused all the time?

They’re finally speaking the same language, and it is amazing. 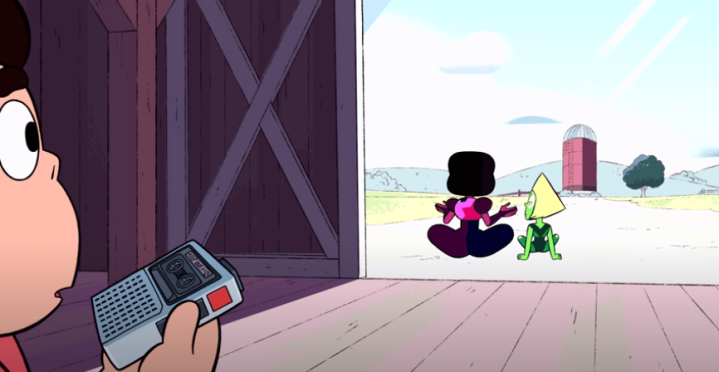 There were a handful of really good episodes in this season, but overall I just found myself wishing the story could slow down.  The abrupt switch from the search for Malachite to stopping/catching Peridot sure didn’t help, even if it did settle into a better rhythm as she began to get actual development.  I think the biggest problem is just that Steven himself was sidelined for so much of the season – what little development he did get mostly revolved around Connie.  The weird pacing might be due in part to the lack of a supervising director; all the other seasons credit a supervising director for every episode (often with the same one for most/all the episodes), but most of the episodes in this season didn’t have one.

Anyhow, next we begin a new season and actually progress the plot!