Now that Peridot’s managed to establish a working relationship with Pearl, it’s time for her to awkwardly connect with Amethyst (only slightly less offensively).

But first, she offends Garnet by requesting she unfuse, leading her to actually put her on a leash.

Steven: Do we really have to do that?

Garnet: Her having free rein of the place made me incredibly uncomfortable.

Amethyst is amused by Peridot’s pseudo-technical names for ordinary things (like “feet=gravity connectors”), so when Peridot suggests going to the Kindergarten to scavenge parts for their drill (and Garnet insists on a chaperone), Amethyst and Steven volunteer for the post. 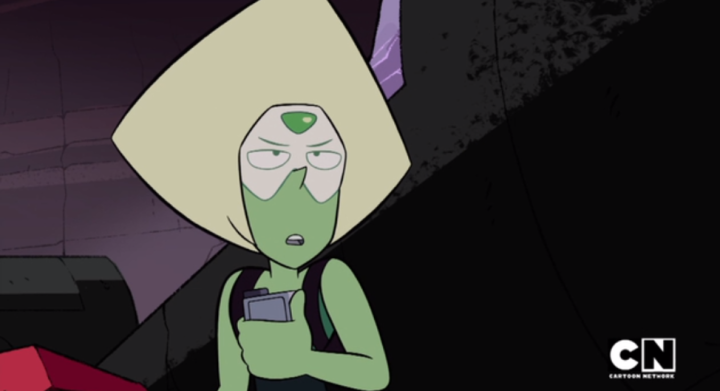 Steven gave her a tape recorder, which Peridot uses to maintain her log/make general notes/keep herself sane.

Peridot: Log date 7112. The Amethyst and the Steven have volunteered to help me dismantle this Era 1 drill. How stylistically displeasing. The new ones have a nicer finish.

Peridot: What is “nerd”? Can you use it in a sentence?

Amethyst: Nerd: You are, a nerd.

Well, I can’t dispute that one.  But I can, like Steven, disapprove of Amethyst’s tone.  All my friends are nerds!

Peridot: As you can see, this planet is annoying. Everything is annoying. Amongst its transgressions is the need for the amethyst to ask permission from the permafusion.

Amethyst: “Permafusion”? Is that what you call Garnet?

Steven: What’s wrong with that?

Peridot’s discomfort with Garnet is handled much better than her initial disdain for Pearl, largely because it builds on previously established concepts.  Steven (and a fair portion of the audience, I imagine) had trouble wrapping his head around the idea of fusion at first, never mind “permafusion”.  And Pearl espoused similar ideas about fusion – while she doesn’t just see it as a means to gain physical power, I think she still tends to view it as a source of other sorts of power, if only emotional or relational.

Amethyst proceeds to encourage Peridot in her mockery of the things of Earth (despite Steven’s increasing discomfort), since such blunt criticism of things that she considers normal are a novelty, not to mention that Peridot’s barbs are aimed mainly at Pearl and Garnet.

Amethyst: Okay, okay! Do Steven next! What’s weird about Steven?

Peridot: Where do I even begin? He’s some sort of hybrid abomination. I don’t even understand how he functions! His organic half consumes so much energy that he has to constantly feed, and he spends so much time expelling that he has a whole room dedicated to it!

Peridot: The strangest thing is, Amethyst, you think you have to listen to them! You’re the one who should be in charge!

Peridot: No, really. Pearl is a pearl. Garnet is a fusion. I don’t even know what he’s supposed to be! You’re the only Crystal Gem that’s actually a Gem!

Peridot: You outrank everyone on your team. They should be listening to you. You’re a strong, singular, fully functional soldier, despite the fact that you’re defective!

It’s a very backhanded compliment, basically saying she’s the best only because she’s the least abnormal.  And of course that triggers her inferiority complex.

Peridot: Well, you’re not supposed to be! Hold on, wait, let me guess: this is the hole you came out of. Too small, too low, the exit marks look about 500 years newer than every other hole…this place must’ve been empty when you came out. No wonder you have no idea what you’re supposed to look like!

Peridot: Well, you’re a quartz. They’re huge, loyal soldiers. You should be twice your size, broad-shouldered, intimidating, but you simply stayed in the ground too long.

Amethyst: Are you saying I’m wrong?

Peridot: Gemetically speaking, yes. When you think about it it’s all so…funny.

To be fair, Peridot is used to that stratified society where interactions with different types of people were highly structured – you do whatever higher-ranked people tell you, and order around people of lower rank.  The only people she ever had to treat as equals were probably very similar to her.  What’s more, she’s very up-front about what she thinks and clearly assumes that’s how everyone is.

Peridot: That was the incorrect response. Hey, Amethyst isn’t laughing when I do these things! Why isn’t she laughing?

Steven: You were pretty mean to her at the Kindergarten.

Peridot: Mean? No way! I was being cool. Amethyst loved it! She’s probably telling the pearl how much fun she had now. 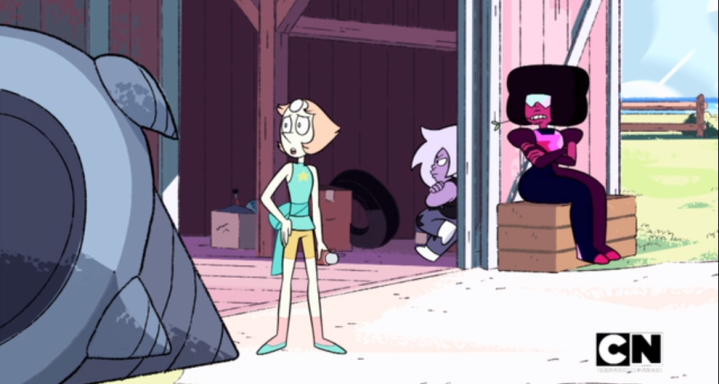 Peridot: She…won’t even look at me. It’s making me feel…smaller.

Steven: You feel bad! That’s how you made her feel.

So by now she’s offended every one of the Crystal Gems, but Amethyst is the one that takes it the hardest because, y’know, she internalized similar ideas from Garnet and Pearl in the past and has struggled with her own worth plenty already.

Later on, Peridot manages to save Amethyst from a runaway drill head, and later still she takes the opportunity to actually talk with her (with a little help from Steven, as always).

Steven: Hey, are you alright? That was a close one. It’s a good thing Peridot was there to save you.

Peridot: Yes. It is a good thing. Listen, I um-

Amethyst: Just spit it out.

Peridot is still super awkward, so she just recorded her apology on the tape player and plays it back for her and it is kind of adorable. 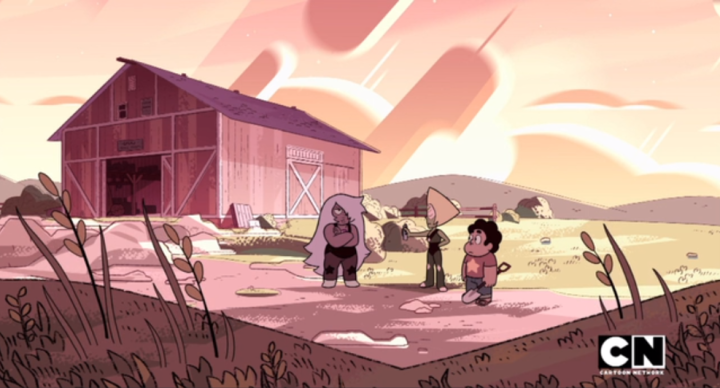 Peridot: “Log date 7112. This entire planet is backwards. There hasn’t been one instance of correct behavior from any one of these Crystal Gems. I have concluded that they are all defective. But I am no better. I failed my mission, and now I’m working with the enemy. And I can’t even get that right. I have apparently “hurt” Amethyst’s “feelings”, which was not my intent. If I’ve damaged my standing with the best Gem here, then I’ve made a serious mistake. I’m still learning. I hope you understand. I want to understand. I’m sorry.” 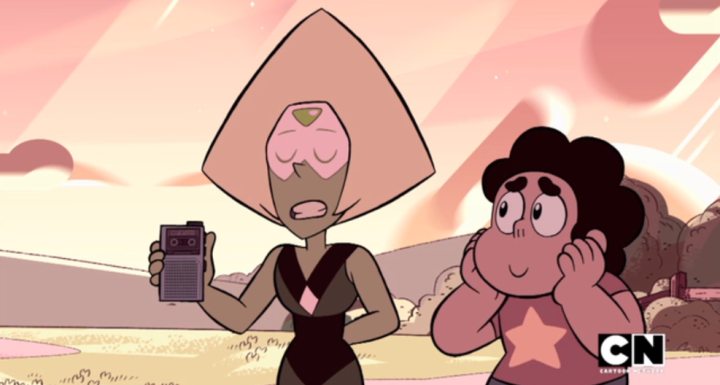 Peridot will ALWAYS be a nerd.  And that’s as it should be.