Garnet tries to connect with Steven by sharing her secret superpower…and fails spectacularly (or does she?). 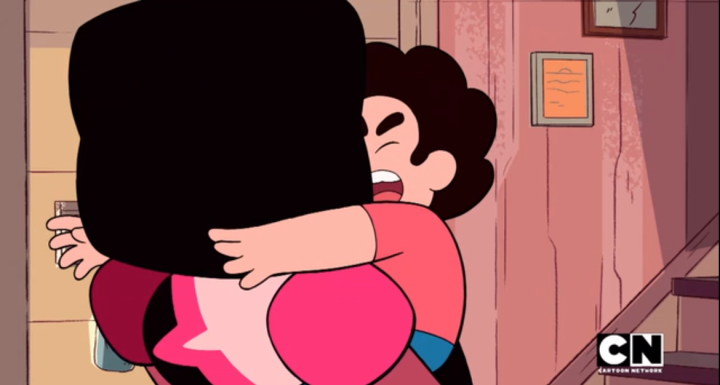 Steven: How do you always know where to be?

Garnet: I don’t think you can handle that information.

Steven: Are you gonna tell me something cool about yourself?

Garnet: Well, I guess you could say that I have sort of…future vision. I’m able to see possible outcomes to most situations. Which comes in handy, since you seem to attract a lot of danger.

“Future vision” turns out to be a grossly oversimplified way of putting it – I prefer Pearl’s term of “enhanced perception”. 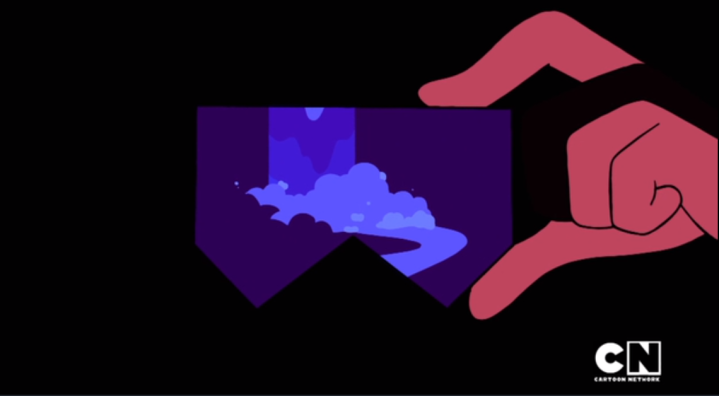 Garnet: No one can see the future. I see options and trajectories. Time is like a river that splits into creeks, or pools into lakes, or careens down waterfalls. I have the map, and I steer the ship.

Essentially, she sees all (or at least most) of the possible outcomes in a situation so that she can (presumably) prepare for the worst or most likely results.  Like getting ready to catch Steven when he tries to carry a box downstairs when there’s a ball on the steps, or assuming that he’ll have breakfast at the Big Donut after he’s done exercising on the beach.  A lot of it seems like pretty basic “mom sense”, to be honest.

Steven: What would happen if I said hi to my BFF Lars? Our friendship is deep, but complicated, so the outcome of this experiment is way unpredictable! 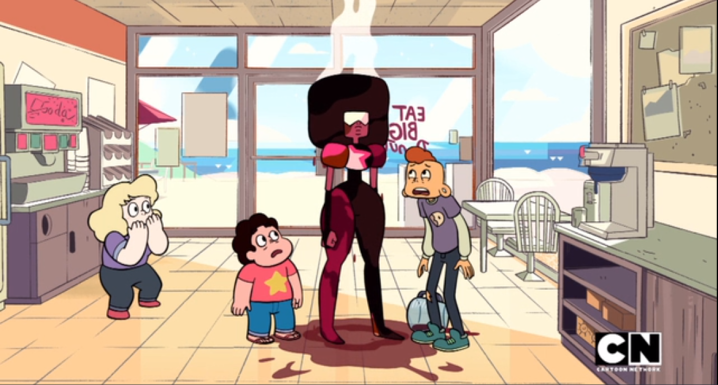 Lars: Criminy, are you okay? That coffee was really hot!

Garnet: I drink coffee for breakfast.

One area where I certainly agree with Garnet…although I don’t make it a habit to bathe in coffee.

After this unfortunate incident, Steven begins to focus more on the potentially harmful futures.

Steven: Any potential futures where I get hurt by this? 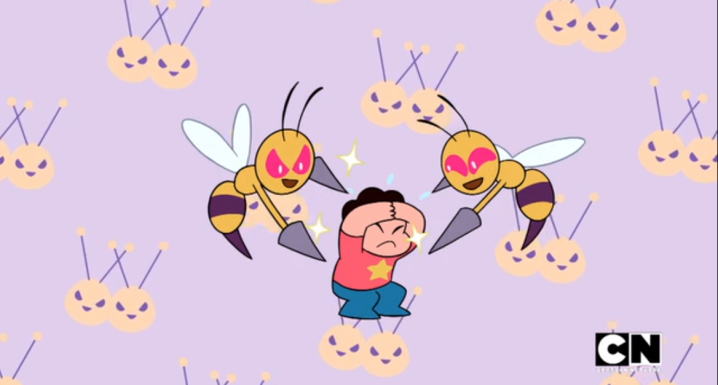 Garnet: Well, for starters, you could just be going on about your business, eating your fry bits, and then suddenly you choke to death! Or you get so distracted that you fall down a manhole. You could get food poisoning, or be bullied by wasps. And that’s just a few instances off the top of my head.

Steven: What if I stand perfectly still?

Garnet’s delivery is just comic gold.  But unfortunately, Steven takes all this to heart and suddenly gets extremely paranoid. 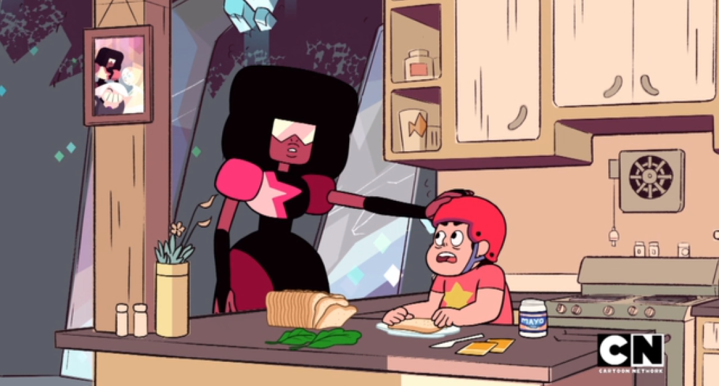 Steven: Wait, you’re going on a mission? Hold on! Don’t leave me! At least tell me what’s going to happen with my lunch! Do I choke on a pickle?

Garnet: You don’t choke on a pickle…

Steven: That means something else happens with the pickle!

Garnet: Steven, I can’t be with you all the time. Just trust me when I say that you are in control. And do not go on the roof. No matter what.

Then he drives himself crazy pondering all the possible ways he could get hurt, until he finally decides to climb up on the roof to “face his future”.  And he wonders what could hurt him on the roof…in the middle of a thunderstorm. 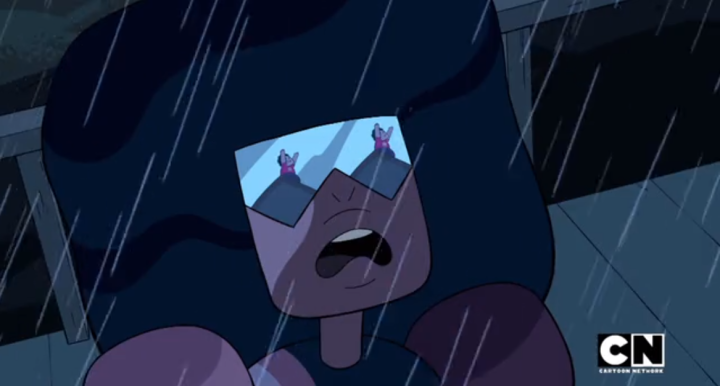 Steven: The more I know, the more I know that I don’t know! I can’t live like this! Why did you tell me about Future Vision? What’s going to happen to me on the roof?

Garnet: This. […] I knew you might do this if I told you about my power. I saw this, and I told you anyway.

Garnet: I took a risk at your expense! There was a chance you’d understand and so we’d be closer. Steven, I see so many things that can hurt you. I should never have let one of them be me. There are millions of possibilities for the future, but it’s up to you to choose which one becomes reality. Please understand: You choose your own future!

Steven: I do understand, I- what am I doing? I guess I can’t really see a future for myself up here. I’ll watch out for myself from now on.

He (somewhat understandably) misconstrued “future vision” to mean that she literally saw what would happen in every situation, when it would be more accurate to say she sees everything that could happen, and as we’ll see later, even that power has its limits.  But in the meantime, I think Steven does understand Garnet a little bit better than he did, if not in the way she’d hoped.