Steven’s relationship with his mom (or lack thereof) shows up in unexpected ways in one of the best episodes of the series thus far.

Steven: What is that stuff?

Garnet: It’s the moss that Rose Quartz raised on the hill.

Steven: My mom planted this stuff?

Pearl: Rose Quartz used to climb that hill every spring and tend to the moss at the top. But now that Rose is…gone…the moss is on the move.

Pearl: Yes, but Rose loved it anyway. She saw the beauty in everything, no matter how gross.

The magical moss is somewhat aggressive, so the Gems decide to cordon off the area with police tape.

Pearl: Isn’t this great? This way we don’t even have to use magic! Humans will just see this and walk away!

Humans, maybe. Teenagers, on the other hand… 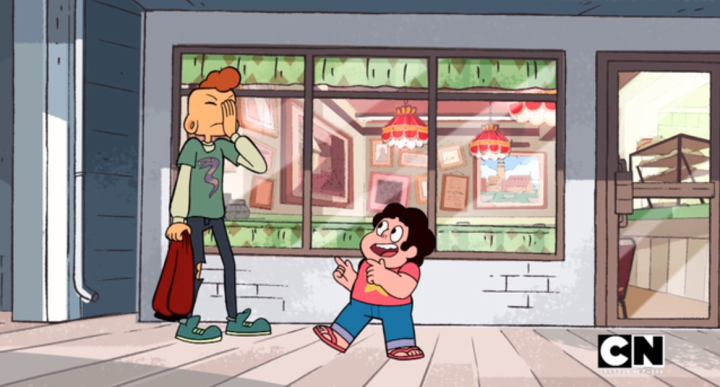 This is another type of episode, the “Steven helps a friend” episode, which also frequently involve magical mischief but with less of the Crystal Gems.  (hint: Steven considers basically everyone he meets his friend)

Steven: Isn’t that Kiki’s sister and her friends?

Steven: Oh, you know those guys.

Lars: N-not quite, but I’m sure we’ll hang at some point.

Steven: You should go in and talk to them.

But of course Steven actually has much better social skills than Lars, so he just walks up to them and asks to hang out, so they’re both invited on a drive. 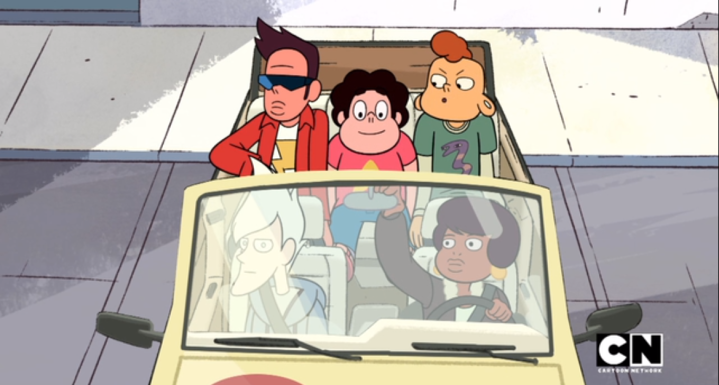 Jenny: Car doesn’t move ’til we’re all buckled up.

It turns out “the cool kids” are kind of weirdos themselves, but the difference is that they’re confident in their weirdness, where Lars is trying to impress people by acting like someone he’s not.  He thinks he’s lame, and perhaps is secretly frustrated that Steven finds it so easy to be himself. 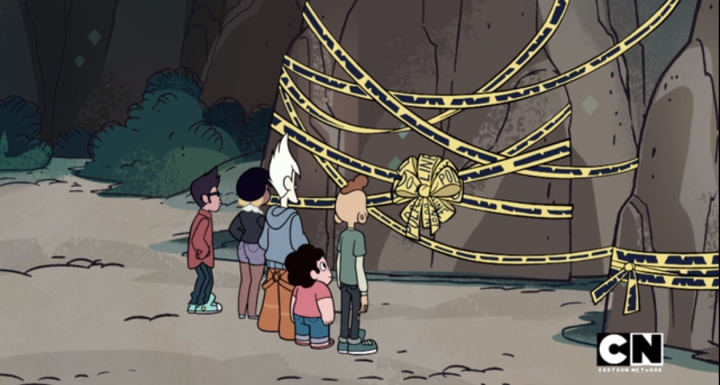 Unfortunately, that self-confidence also involves a certain level of disregard for the rules, so the Cool Kids walk right through the police tape to take a dip in the magical-moss-infested pond, and Steven only manages to keep Lars away from it.

Steven: It’s some kind of magic moss my mom planted! 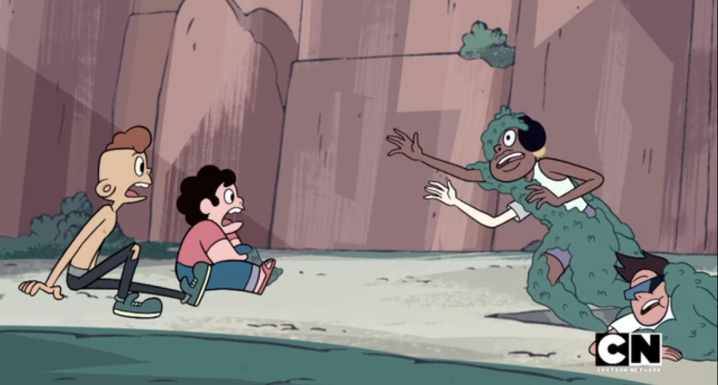 Steven: Lars, I know what we have to do-

Lars: This is all your fault! I knew if something went wrong today, it would be because of you! Now I’m never gonna be friends with these guys, all because of your weird mom!

Then we see Steven get legitimately angry for the first time.

Steven: What do you know about my mom? I didn’t even get to know my mom! But I do know she saw beauty in everything, even in stuff like this! And even in jerks like you!

There’s a peculiar void in Steven for losing his mom, but also for never knowing her.  His dad and the Gems always talk about how wonderful she was, but that sometimes deepens his irrational sense of abandonment (something I’m guessing isn’t unheard of for kids who grow up with an absent parent).  It’s telling that Steven’s first instinct was to empathize with the “lost moss”.

Lars finally starts listening to Steven, and they drive the others (moss and all) up to the top of the hill, where the moss “wants” to go. 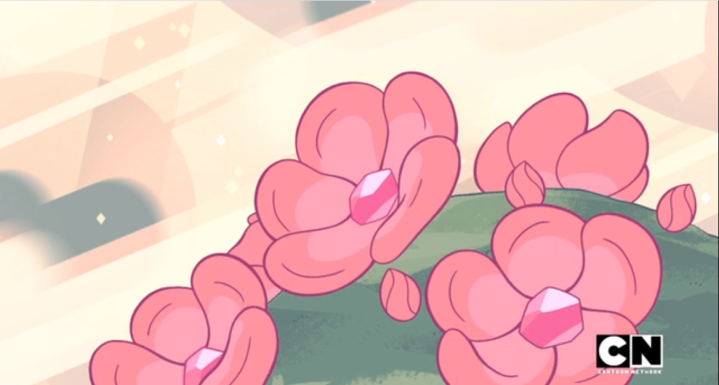 Steven: The moss was just trying to bloom. 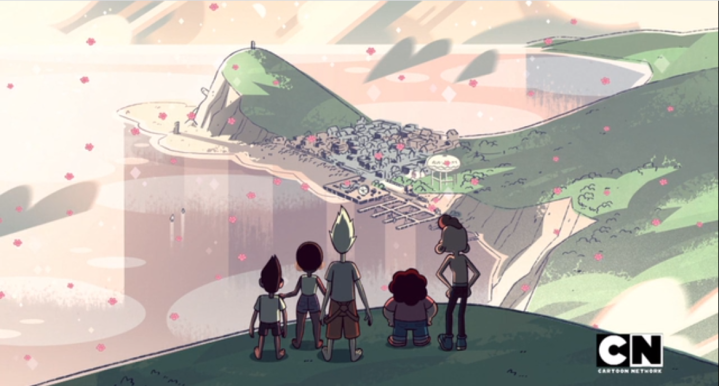 This is a genuinely beautiful scene, with plenty of pastel backgrounds and a simple but effective synth-and-piano melody.  It still has its share of silliness, but that’s just part of its charm.