Hiro: Sorry. For some reason, I’m kind of mixed up inside, even though I know this should just be a happy moment…but I’ve got anger, resentment, regret, remorse, and attachment all mixed up inside of me.

Mama: Of course you do. You’ve been living with that “bond” your whole life, Hiro-chan. For so very long. You’ve worried and suffered so much because of it, but still, it’s been with you your whole life. Hiro-chan, it was a part of you. Saying “Goodbye” can be a very lonely thing.

Hiro’s Mama is seriously THE BEST.  One thing that Hiro, Momiji, and Kureno seemed to have in common is that they were all more or less accepting of their Zodiac forms – which could very well mean they were just accepting of themselves and their situation.

Meanwhile, Akito herself is falling apart.

It’s over. Already, I can feel it breaking apart, piece by piece. The final “Farewell” is nearly here.

And then the maids start arguing because, y’know, KNIVES.

Head Maid: What do you mean by bringing a knife in here? Do you want the police involved!? Just how far are you willing to go to disgrace the Sohma family –

Maid: Disgrace!? That child was about to stab his own mother…propping up a deranged human being like that as the Head of the Family is what brings shame to the Sohma name! […] On top of that, you came up with that ridiculous box! And to think, the poor, naive Head of the Family believed your lies…

Head Maid: Of course he didn’t believe it! He was bereft at the loss of his father, so I gave him the box as a comfort. It was like a talisman. He didn’t actually believe in it…he knew it was just an empty box! Anyone with common sense would’ve realized that!

Akito: It was somewhere in the middle. That box. I both believed in it, and didn’t believe in it. It looked empty when I opened it, but I told myself, “Maybe he’s there. I just can’t see him.” “Maybe…” “Maybe…” Thinking like that, I couldn’t just let it go. But I was also afraid to confirm it one way or the other. So I just kept it hidden. That’s right. All these years, I’ve just kept clinging to that box. (internally) Because after all, “Maybe…”, right? (aloud) Was that so wrong? That seemed like “common sense” to me…! No one ever taught me otherwise! No one ever gave me a different way to live! How am I supposed to know what I don’t know!? How do they expect me to understand!? If what’s obvious to them, and to you, is “common sense”, why didn’t you tell me!?

That’s the tragedy of Akito’s life: She abuses people because she knows no other way to live and engage with the world.  Nobody bothered to teach her or discipline her. The Members of the Zodiac cared, but were essentially unable to bring her any pain or discomfort, and the maids who raised her just wanted to spoil her and manipulate her into doing what they wanted.

There’s really no villain in this story, just an antagonistic force: The toxic culture at the heart of the Sohma family.  It’s the culture that taught Akito her only value was within the confines of the Curse, or that Ren was never loved by her husband – or that the Cat should be shunned for being different. But even the maids are still just victims of that culture who ended up victimizing others.

Kureno: What you don’t know, what you don’t understand…you can learn those things starting now. So let’s change, okay? Akito. This is what I wanted to talk to you about before. If you continue to stay in this environment, the “bond” and the “Sohma family” will consume you. You’ll feel empty inside forever. You’ll never be satisfied. You’ve realized it too, haven’t you? So that’s why –

You can’t just flip a switch and change somebody’s behavior. Akito’s always looking for someone else to blame.

And yes, Kureno was just literally stabbed in the back. And he’s still more concerned about finding Akito when she runs off than getting help for himself. If that doesn’t utterly destroy your heart, there’s this: 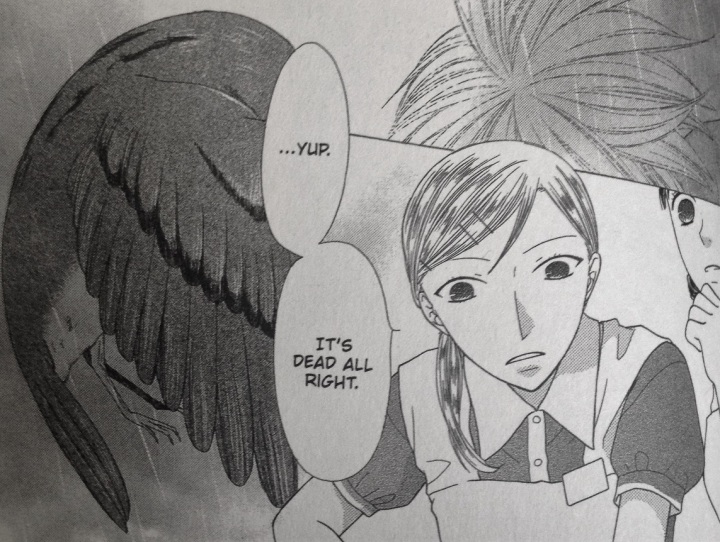 Arisa: Maybe it was just exhausted…?

But instead of finding out what’s to become of Kureno, we follow Akito in her little breakdown (still carrying a knife!).

Akito: Don’t blame me. This is all Kureno’s fault. He’s the bad one. He’s responsible. It’s because Kureno was here… 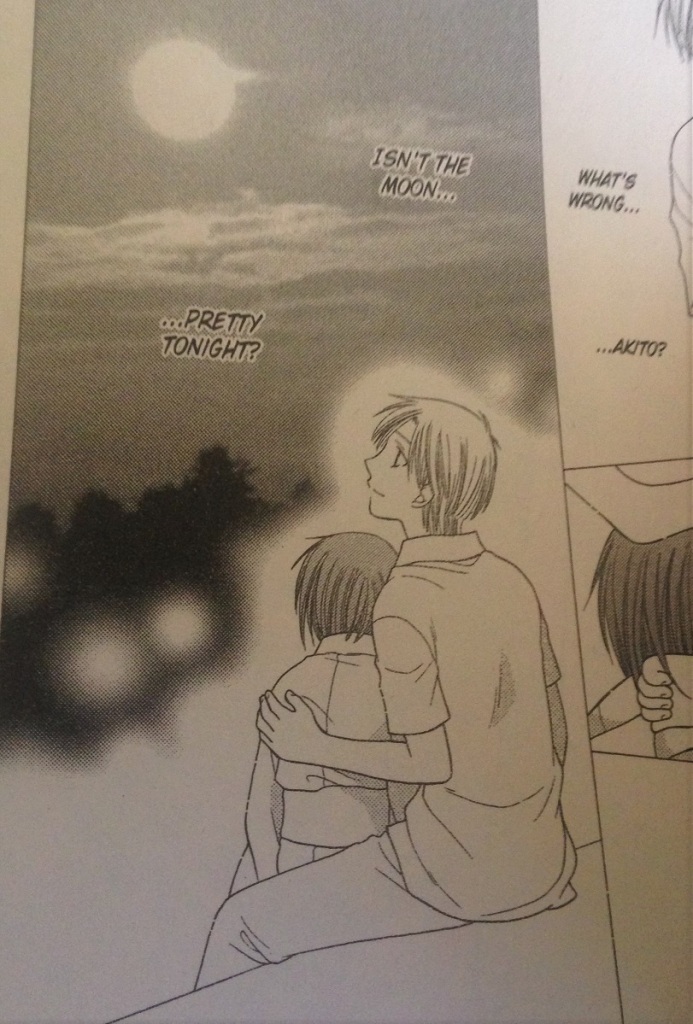 “If I keep blaming other people, I’ll never…”

Akito: So what, then!? So this is my fault…!? Everything is always my fault!? The Zodiac breaking apart…and everyone leaving me behind…is that all my fault too!? And then…where are they all going to?

Tohru: Kyo-kun….um…there’s something I want to tell you.

4 thoughts on “Chapter 118: Somewhere in the Middle”