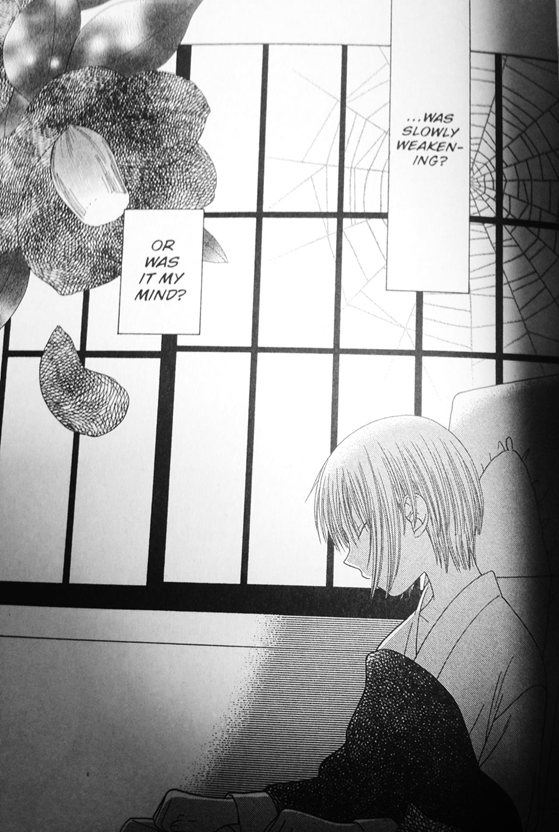 Akito: Are you going to die, Yuki? Well? Are you? […] You know Kyo…? The boy possessed by the Cat Spirit. His mother committed suicide. It was officially ruled an accident, but trust me, it was suicide. She even left a note, apparently. Something like, “I can no longer bear staying with him. If only he had been born possessed by the Rat, we could have been a little happy.” He’s got a grudge against you, Yuki. At his mother’s funeral, “I’ll kill him and then myself!” is what he told his father. Oh, that’s right. Hatsuharu, the Ox, hates you too, Yuki. He says it’s the Rat’s fault he’s a laughingstock. Yuki, people really do despise you, don’t they?

Yuki’s suffering from some sort of asthma-related illness, and he has nothing to look forward to.

I have to give [the baseball cap] back. But would he even accept it? I hadn’t known how sad he was. I hadn’t known any of that. If I really did “drop off the face of the Earth”, would any of his sadness disappear? Would disappearing be the first useful thing I ever did? If my world really is a dark, hated place, if I really am useless, then there’s no point in sticking around…

I snapped. Something snapped and broke free in my heart. My mind was blank. I just had the impulse to start moving, to break into a run. Did I just want to hurt myself? Or was I trying to spur myself into action? No. I just didn’t know when to give up. That was all.

I think he was just searching desperately for some reason to keep living – and somehow, he finds it.  That is, he finds a massively frustrated Kyoko-san yelling at the police about her missing daughter… 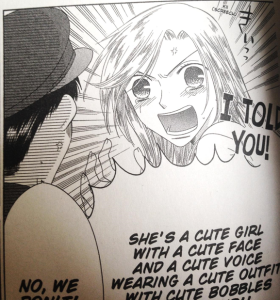 So there are mothers who worry about their children like that, huh?

He remembers running past a little girl matching Kyoko’s description, so he goes back and finds her. 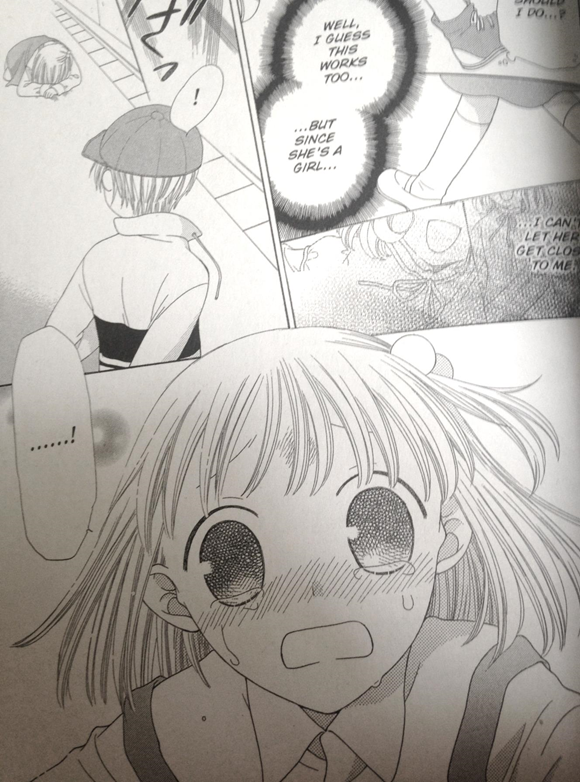 Right now, this girl’s world is entrusted to me. She’s running after me desperately, so she can find her way home. She’s…counting on me. She needs me. 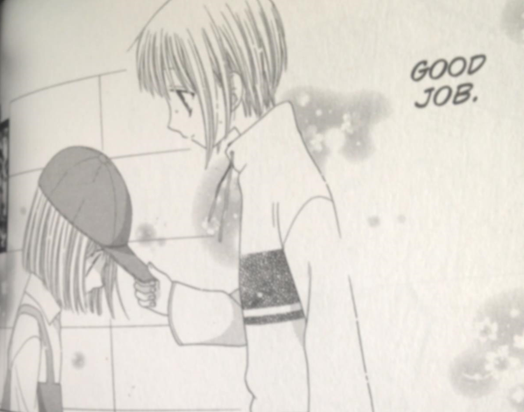 That’s right. Deep inside, I knew that there were times, moments, when someone needed me. Even if no one remembers, even if you forget me, they still happened. They really happened. It’s true that this world isn’t enveloped in light. But there’s more to it than that. It isn’t all darkness.

That one encounter gave him the hope to keep living.  Now, he knows that there is happiness in the world, and what’s more, he helped make it happen.  He’s not some blight on humanity destined to be hated and forgotten – he can make light, too. Also, little rat baby Yuki is totally adorable. Just saying. 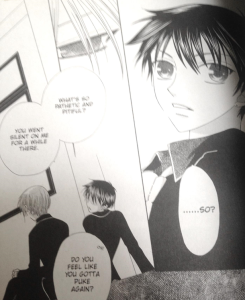 Then Manabe brings him back to the present.

Yuki: I was just…thinking about my childhood. I don’t have many happy memories. I was isolated from everyone, and my family abandoned me. Around that time, I first met Honda-san. It was just once…we were little, and I didn’t know her name. I didn’t even recognize her the next time we met. Still, she made me want to do my best. She helped me learn that the world isn’t all darkness. She made me want to hang in there, to survive. But I couldn’t keep it up. I grew weak again. I should have known. I should have learned my lesson, but little by little, I was losing ground again. (internally) The darkness was so vast and dense that in the end, it twisted me too. My hope turned into despair. My longing turned into envy.

Yuki: I wanted him to like me. All I wanted was to be friends. And yet, in the end, I withdrew into my shell.

Kyo wasn’t ready to accept Yuki, so it makes sense that Yuki’s admiration would change to resentment after all his overtures were so resoundingly rejected time and again.  And even Haru couldn’t make up for that hurt. 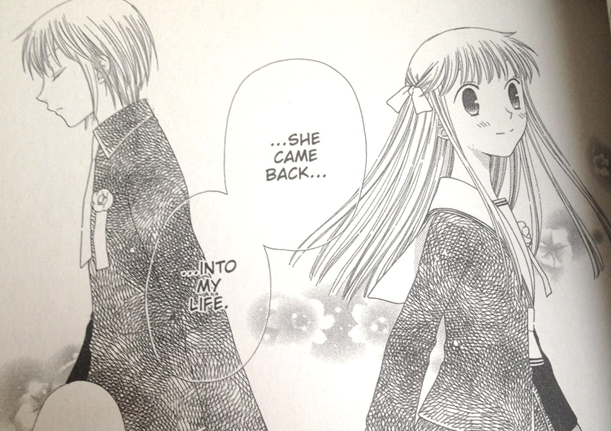 Yuki: Pathetic…hopeless. And yet, despite all that, despite having no hope, she came back into my life. She was right next to me, and she stayed close and listened to me. She really listened to what I had to say. She never got tired of me or scolded me. Again and again and again, she accepted me. (internally) The one who is dear to me…like the sky, she’s near, yet so far. (aloud) Like a “mother” would.

Now that we’ve seen Yuki’s childhood, it actually makes a ton of sense that he would look for a mother figure in his life.  He never had any support from his parents, and the only emotional support he ever got was from Haru.  He just stagnated in the Sohma compound for so long, and he needed someone to help him achieve emotional maturity.