Being left behind…or leaving behind. I wonder which hurts more.

As Kyo continues to dance around the idea that Tohru might actually love him, he confirms to the reader that he did indeed know Kyoko-san once upon a time – and the memory weighs heavy on his heart.

Kyoko: That’s just how you want him to be, right? 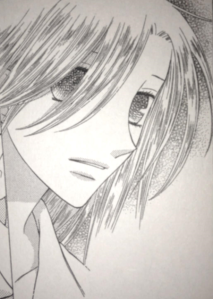 Why can’t I stop thinking about this stuff lately? It’s like a lid’s been opened, and all these memories are pouring out. Is it because I’ve been spending so much time with her? Am I getting arrogant? Pretending I don’t know. Pretending I don’t notice. Pretending I forgot everything. Is this payback? Maybe…I want you to blame me. 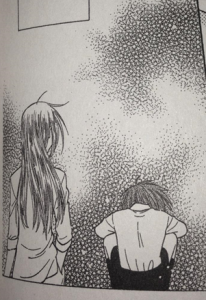 Kyoko: I wanted them to blame me.

We would talk about all kinds of stuff. When did it start? Little by little, she started talking about herself from way back when. I guess she’d already become an out-of-control delinquent before she even got to middle school. She said she’d fallen in with the “wrong crowd”, and delighted in doing “wrong things”.

Kyoko actually came from a fairly affluent family – they just never offered her any affection or even attention.

Father: Get out! You’re a disgrace! In this world, there are people who are needed and people who aren’t. You’re the latter. I’m ashamed to call you my daughter! Never darken my door again!

Mother: Kyoko…Kyoko-chan…why…? Why did you turn out like this? Do you know how angry your father’s going to be with me later? Do you know what the neighbors say?

Kyoko:  Then you shouldn’t have had me! I never…I never asked to be born!

She told me it felt like her whole body was made of shattered glass. She couldn’t trust her parents, or the girls she hung out with either. She only hurt them. In the middle of the night, she’d ride out on her bike. […] She’d feel the open road calling to her, while at the same time feeling like she was stuck right where she was. […] She went to middle school so rarely that she could count the actual number of days she’d attended. That’s why meeting him there that day was a pure stroke of luck.

When she shows up at school, she’s quickly locked away by the faculty, who vacate the room even more quickly – all but one, that is.

Katsuya: What are you so angry about?

Katsuya: I’m not here to lecture you. I just wanted to know what’s got you so riled up.

Kyoko: None of your fricking business, is what! Now buzz off!

Katsuya: So what if it’s not my business? I’m curious anyway. 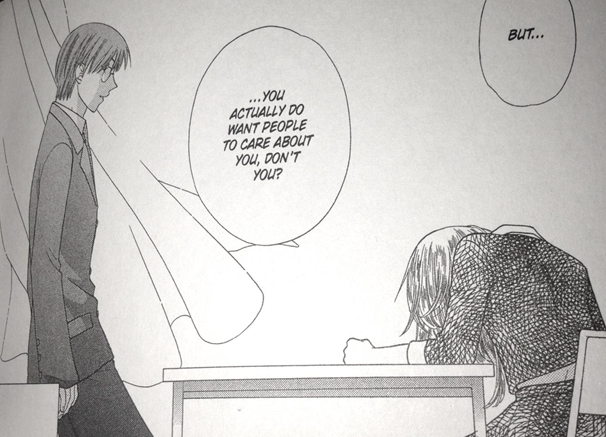 This is the first time in her life that anyone has told Kyoko, “Yes, I feel the same way.”  Someone gave validation to her feelings, making her realize that she might not be as alone as she thought.

Kyoko: Why did I turn out like this? I want to know why the most. Why…? Why…am I so…? I’m miserable…and so lonely…

Katsuya: You’re lonely? Then let’s bust out of here, together. Oh. My name is Katsuya Honda. It’s a pleasure to meet you.

Kyoko has enough sense to question the motives of a teacher who runs off campus to have lunch with a middle school student – and all he can say for himself is that he’s a mere under-motivated trainee teacher (so presumably college-age?).  Only the shadiest of excuses for him.

Kyoko: Why are you bothering with me?

Katsuya: Good question. What do you think?

Katsuya: True. I am certainly curious…Ms. No Eyebrows.

That day, the only thing she knew for sure was that the ramen was good. Her wounds still stung, but the ramen they ate together was really good, she said, as she looked back and laughed.

It’s telling that Kyo should be the one to relate Kyoko’s story.  He really is a kindred spirit of sorts – he understood Kyoko in a way that I don’t think Tohru could possibly have reached.  Maybe that’s why she told him in the first place.